What’s the difference between Urban Dance and Hip Hop? Are they the same thing? How do they relate??

Our inbox is full of questions asking about the differences between certain styles, why this style is called this, if one style is in another style’s “umbrella,” and so on.

There’s lots of interesting dialogue surrounding each of these dance styles.

But in this article, we’re gonna focus on the fact that many dance styles that are not Hip Hop are often incorrectly labeled so – particularly Urban Dance.

Hip Hop is a culture

What Is Hip Hop Dance?

We talked about Hip Hop dance having 2 forms: Breaking and Party Dancing.

culture as a whole.

Hip Hop was born in the 70’s in the Bronx, New York. It was a way for the oppressed, underserved youth to express and empower themselves, feel validated, gain respect, connect with each other, and have fun.

Hip Hop is a culture, a mindset, a way of life. The forms associated with it – dance (Breakdance, Freestyle Hip Hop, and Litefeet), art (graffiti), spoken word (emcee/rap), and music (DJ, production), fashion, and so on… They are ways that the culture of Hip Hop manifests.

And when you call a style of dance “Hip Hop,” you’re alluding to a whole culture, one that has deep socio-political and personal roots of those that created it.

Hip Hop is a living, breathing organism, one that grows and moves with the times and its people. Hip Hop music has changed, the dancing has changed, but it always roots back to the Black and Latino communities that created Hip Hop culture. 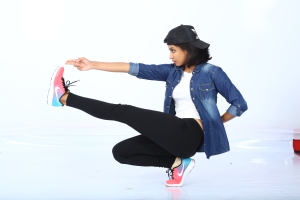 The movements in Hip Hop all have socio-cultural significance. They signify real, lived experiences. So if you do them by taking or borrowing the moves without understanding these things, you’re dismissing the deeper value of Hip Hop.

Urban Dance and Hip Hop are different, not just in how they manifest, but in the culture that they come from.

So… What is Urban Dance, then?

What we understand as “Urban Dance” – the world of teams, rehearsals, competitions, and concept videos… it’s not exactly Hip Hop.

Because the common thread of Urban Dance isn’t even a style of dance, but an act.
It’s choreography.

Choreography that is more or less completely up to the individual choreographer. They draw from whatever style(s) that they trained in or were influenced by, or come up with random moves with no stylistic origin – to interpret the music in their own way.

They both do “Urban Dance” and teach at “Urban Dance” workshops in “Urban Dance” styles – but their actual dance styles are totally different, because they have different dance backgrounds, as well as different personalities, life experiences, tastes in music – all the things that contribute to the choreography process.

Many Urban dancers do draw from freestyle Hip Hop, Breaking, and street / funk styles to influence their choreography, which is one reason people associate “Urban” with Hip Hop.

And that’s also why it gets so confusing trying to explain what style “Urban Dance” is, and why it’s not really Hip Hop.

WHAT YOU CAN EXPECT FROM THIS COURSE???